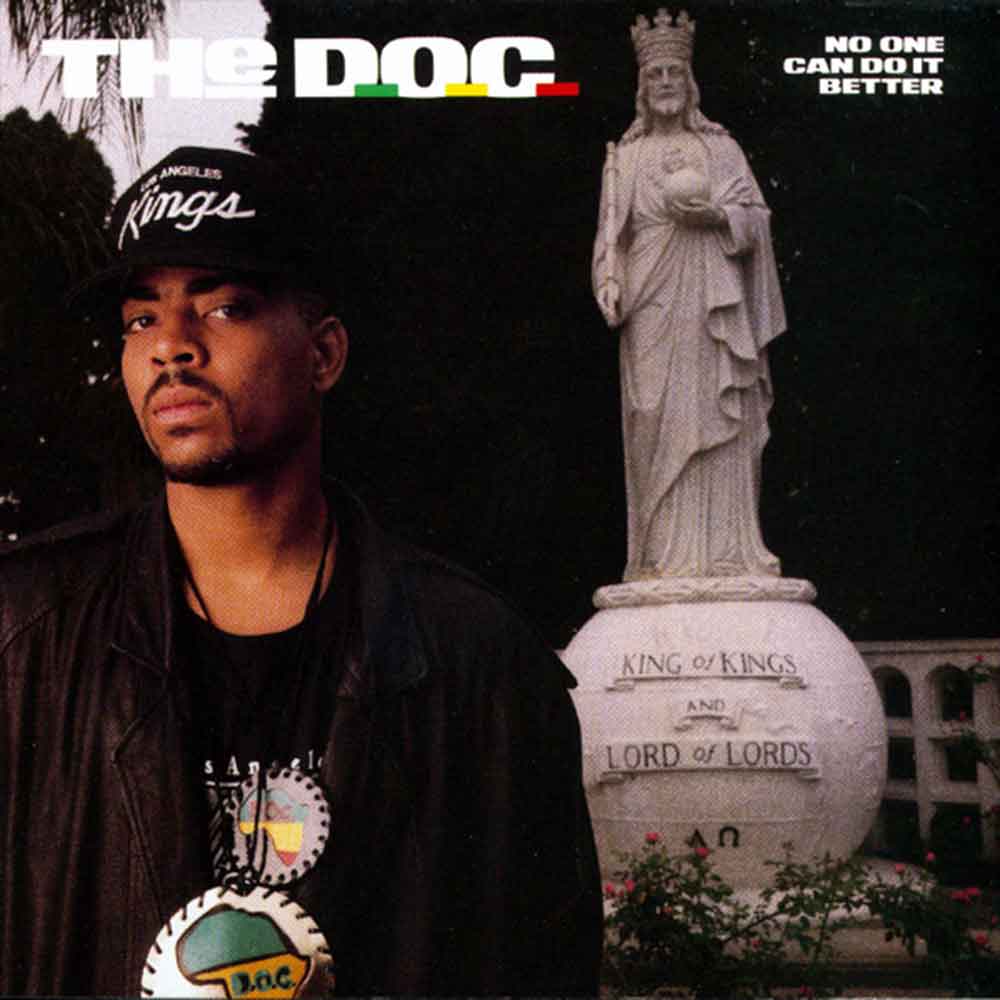 West Coast Hip-Hop legend The D.O.C. and his impact.

Certain beats hit hard.  Some beats are time machines.  West Coast Hip-Hop is a part of my time capsule. If I had to name that tune for some of my all-time favorites I will be the top contestant. True Talk.  I always have to reiterate that I am in love with Hip-Hop and when I tell you that it is an intricate part of my life it is an understatement.  Music makes me high. It’s a form of euphoria, at least to me.

I have a ritual for my commute to work.  After settling in my vehicle, right before I put on my seatbelt and put the gear into reverse; I turn on the radio to relax my mind.  My first go-to is LL Cool J’s Rock the Bells Radio because I live for old-school hip-hop. Blaring from my speakers was none other than “Funky Enough” by the D.O.C. I instantly went back to 1989. It was the summer after graduation; parties were lit in celebration of our accomplishments and future endeavors. The entrance to adulting for most of us.

At this time hip-hop was bumpin’ on the West.  Dope ass beats and fresh lyrics had me satisfied. Now, when you hear early West Coast hip-hop you immediately think about N.W.A, Ice T, Too Short, and Kid Frost as a few. Somewhere in the background, making his own noise was the Doctor.

No, not Dr. Dre but the D.O.C. If you have read my article “Snoop Dogg acquires Death Row Records” right here on Wavwax, I mentioned him as a Co-Founder of the infamous record label. He is a fixture in West Coast Hip-Hop, if you didn’t know, now you know. So, Let’s talk about it

“…You better bow down on both knees
Who you think taught you to smoke trees
Who you think brought you the oldies
Eazy-E’s Ice Cube’s and D. O. C’s and Snoop D O double G’s
And a group that said muthaf**k the police…” 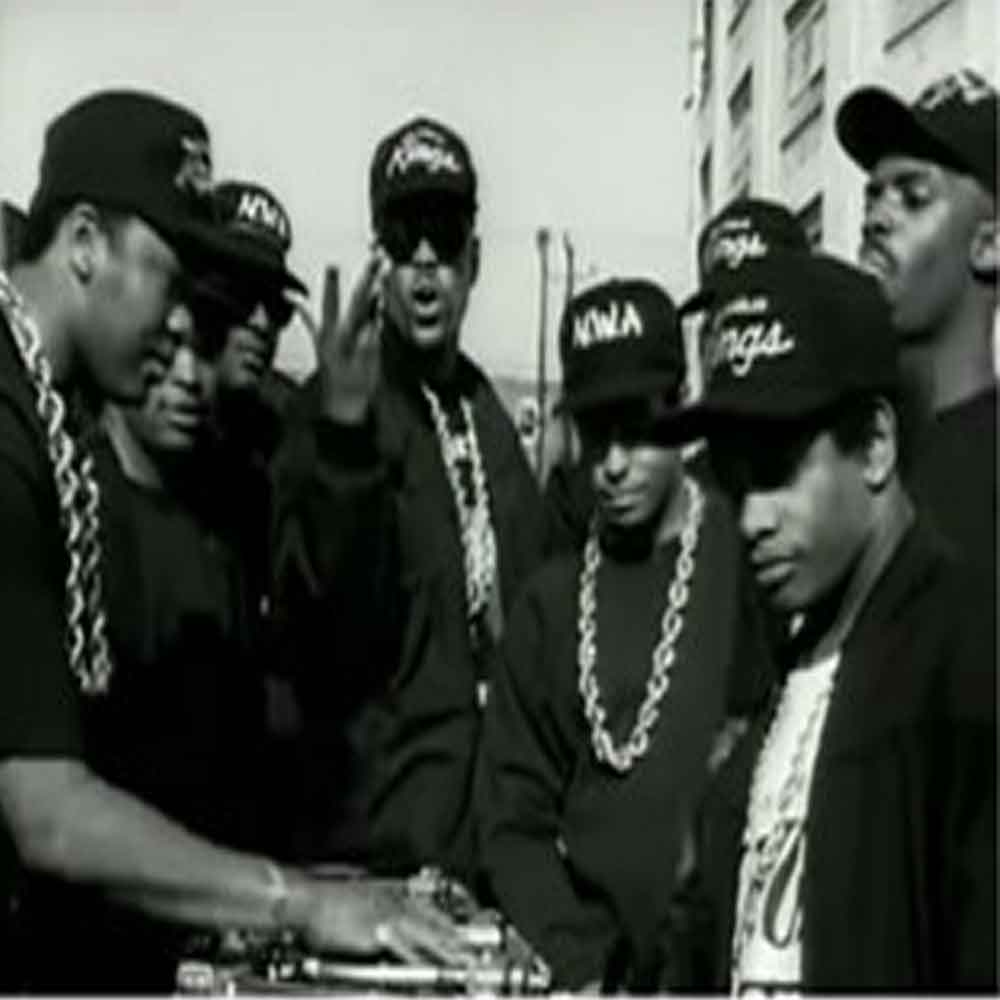 In my Hay days, Money Love was on set.  I wore my “Holding Like Fort Knox” blue jacket, my go-to overalls, and I had the fly ass, Asymmetric Bob. What? As soon I stepped into the club the dance battle was on. When the beat dropped, and we heard…

Droves of eager adulterating packed the dance floor to do their thang.  I was most definitely there representing; getting my “Running Man” on.

The D.O.C. laid fire to his tracks.  Bars on top of bars. He wanted to know and asked in the intro to “It’s Funky Enough”.  “Y’all ready for this?”

“…One, and here comes the two to the three and four
Then I drop the beat I have in store
Lay dynamics on the top like a rug
Make it sound smooth and later make a dub
An MC ate well, so that you can tell
I am not illiterate, no not even a little bit
Nothing like an idiot, get it?
You want the record, cool, I’m with it
Let the rhythm take you, shake it cause it makes you
As I turn the knob of the door you escape through
Go in like a knot, don’t be a puff
And I let it play cause Dre’s getting funky enough…’

Before he blessed us with some of our favorites, The D.O.C. was a member of a three-person West Coast Hip-Hop group called Fila Fresh Crew. While in the group he was Doc-T and when the group broke up in 1987 he changed his name to none other than the D.O.C.  The Diggy Diggy Doc released his debut album, No One Can Do It Better, in 1989 which reached number one on the US Top R&B/Hip-Hop Albums chart for two weeks.  He produced two number one hits which were “It’s Funky Enough” and “The D.O.C. & The Doctor”.  The album went platinum five years after its release.

Since his recovery, he has released two more albums, “Helter Skelter” in 1996 and Deuce in 2003, both released 7 years apart.  In his career, he signed with Ruthless Records and contributed lyrics and vocals to N.W.A’s Straight Outta Compton, Eazy-E’s Eazy-Duz-It and he also co-wrote for Michel’le.

Let me put something on your radar. If you are not familiar with D.O.C. please check him out. After all, he contributed to some of your West Coast favorites. Ask Dre and Snoop if you don’t believe me.

Hip-hop was huge in sampling a multitude of artists in various genres.  See if you can hear James Brown’s “Stone to the Bone”.

For all my old school heads, especially my West Coast hip-hop heads, do you consider this as a timeless classic?

Do you think The D.O.C. help put the West Coast Hip-Hop on the Map with his contributions and solo career? Well someone did.  Director David Caplan and Executive producer Brent Mack assisted The D.O.C. with properly introducing the world to Tracy Curry, a.k.a. The D.O.C.  on Friday, June 10, 2022, at The Tribeca Film Festival.

“The Doc” tells the world his story including his humble beginnings as an artist out of Dallas, Texas through his fame and life as we know it.  This documentary starts off with his life-altering accident in 1989 when he lost his voice.  We see his relationship with Snoop Dogg, Dr. Dre, Suge Knight, and Death Row Records.  Within this journey, we see his contributions in ghost-writing for N.W.A.’s Straight Outta Compton, Eazy’E’s Easy-Duz-It, and Dr. Dre’s The Chronic.

Concluding the film premiere, the D.O.C. brought out some friends to help him celebrate not only this documentary and his birthday.  Friends like DJ Quik, Tha Dogg Pound, Xzibit, Slick Rick, DJ Evil Dee and Keith Murry.

DJ Quik was first on stage to perform “Tonite”

Everyone joined the stage to do his hit:

Disclaimer:  Adulterlings is not a real word…

We look forward to your questions, comments, and suggestions on our Twitter page at: