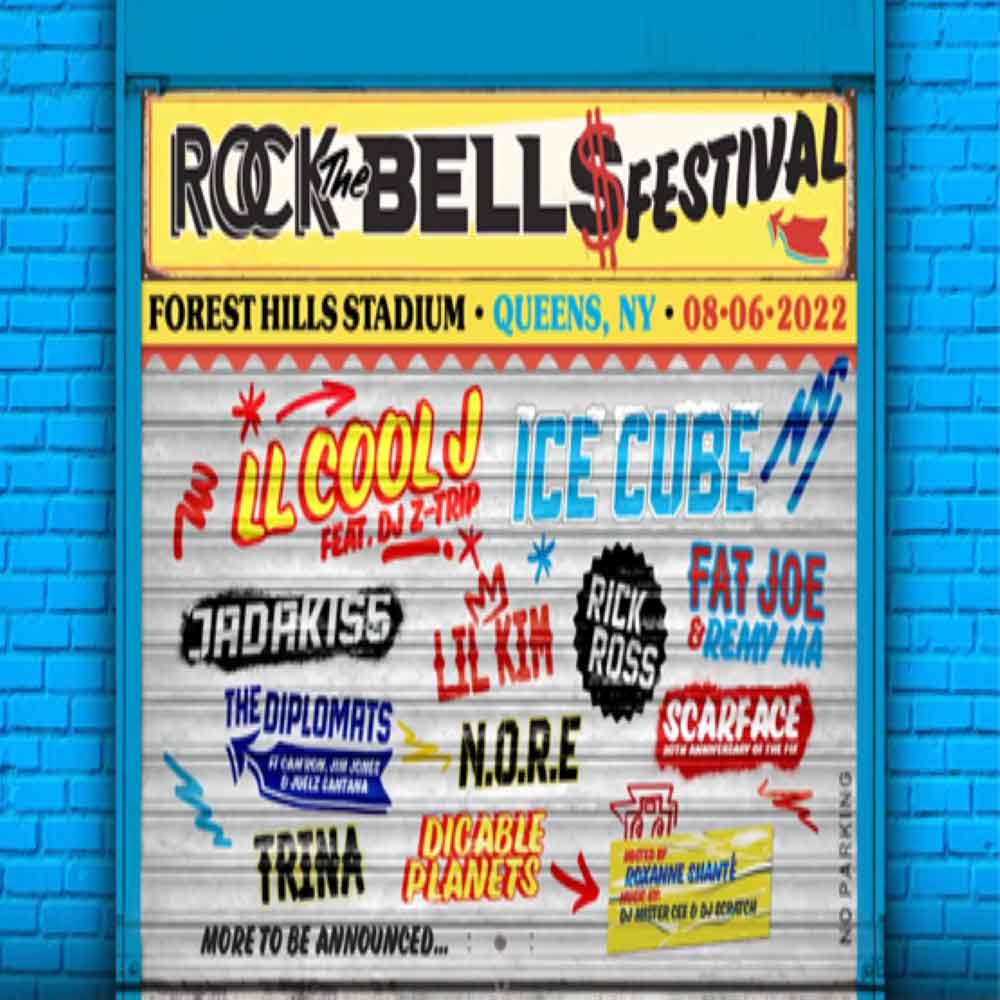 “LL Cool J is hard as hell Battle anybody, I don’t care who you tell I excel, they all fell, I’m gonna crack shells, Double – L must rock the bells…”

Just when you thought it was safe to come up for air.  Hip-Hop has added yet another notch to its belt of awesomeness.  We often wonder what happened to our favorite rappers after their reign is over.  No need to fret, it is safe to say that most of them have moved on to other ventures with success: TV, movies, hosting, producing, cooking, and entrepreneurship on multiple levels.

When you hear “Ladies Love” the correct response is “Cool J”.  Todd Smith AKA LL Cool J has stamped his imprint on Hip-Hop.  LL’s ferocity and wit put him in the upper echelon of emcees including that of a battle rapper.  He gave you songs like “I can’t live without my radio”, “I need love”, “Mama said Knock you Out”, “Back Seat” and “I’m that type of guy” to name a few.

One of his first appearances was on the big screen debuting himself in the movie Krush Groove.  Now, you can see him as Sam Hanna on CBS’s NCIS Los Angeles.  He was just inducted into the Rock & Roll Hall of Fame in 2021 in Cleveland, OH.  Now, you know I had to take the opportunity to shout my city out. Back to regularly scheduled programming.

So, let’s pay respect and honor to LL Cool J for putting together a ticket that is worth its weight in mics. The first thing I want to do is shout out Ladies Love.

Rock the Bells Festival’s lineup is stupid dumb.  This event will embrace hip-hop culture to its fullest.  The stage will be on fire.  The attendees will get to experience hip-hop in additional forms of art exhibits and interactive experiences.  For the first time ever there will be a Hip-Hop food court to serve the community.

Putting together a collaborative effort to not only add flavor to the ears but also to your stomach is none other than one-half of the “UnderGround Kingz (UGK)”, Bun B.    LL Cool J and Bun B will show you that Hip-Hop is evolving through multiple avenues.

Bernard James Freeman AKA Bun B formed the group UGK alongside his partner Chad “Pimp C” Butler in 1987 by way of Port Arthur, Texas. Check their catalog.  They went hard until the untimely death of Pimp C in 2007.

The Rock the Bells lineup is as such:  Hosting the show is non-other than Ms. Have A Nice Day: Roxanne Shante’ and music by DJ Mister Cee and DJ Scratch. The stage will be graced by pioneers DJ Z-Trip, Ice Cube, Rick Ross, Lil Kim, The Diplomats, Fat Joe, Remy Ma, Jadakiss, Scarface, Trina, N.O.R.E, and Digable Planets.

Just the thought of “Black Excellence”, in one place gives me goosebumps.  Hip-Hop never seems to amaze me.  Next to the joyful noise of some of hip-hop’s favorites, dinner is served.

The “Trill Mealz Food Court” is headlined by Bun B and hip-hop’s elite showing you that the mic is not the only thing they can rock is serving you delectable treats will be:  Nas’s Sweet Chick; Mia X‘s Whip Them Pots, E-40‘s Goon With the Spoon,  Jadakiss & Styles P’s Juices for Life, and Ghostface Killah‘s Killah Koffee. 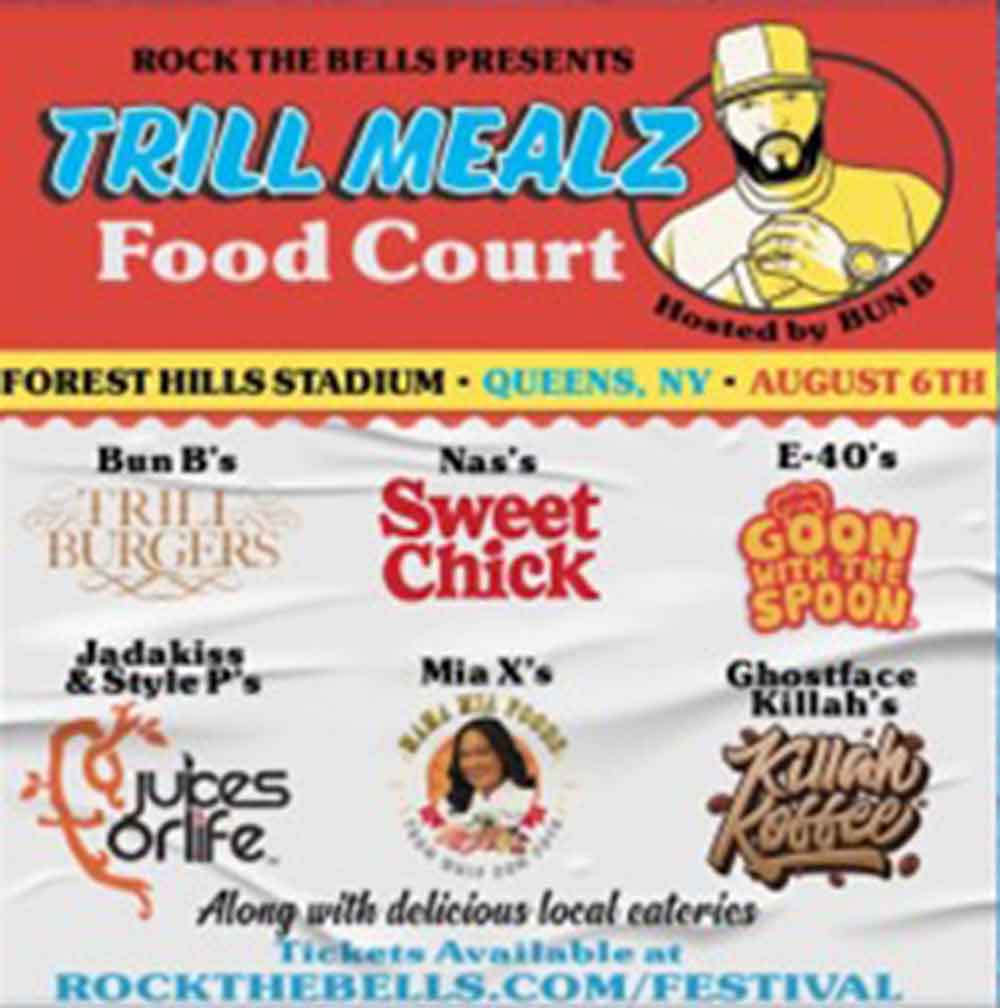 As a fan of Hip-Hop, I am excited to see the joint efforts of these household names partnering for a night to be put into the history books.

If you happen to be in the place to be on August 6…please let us know your thoughts on the venue.  Also, if you could patron your favorite artist’s ventures which one would it be if not all?

So With That – Cordae