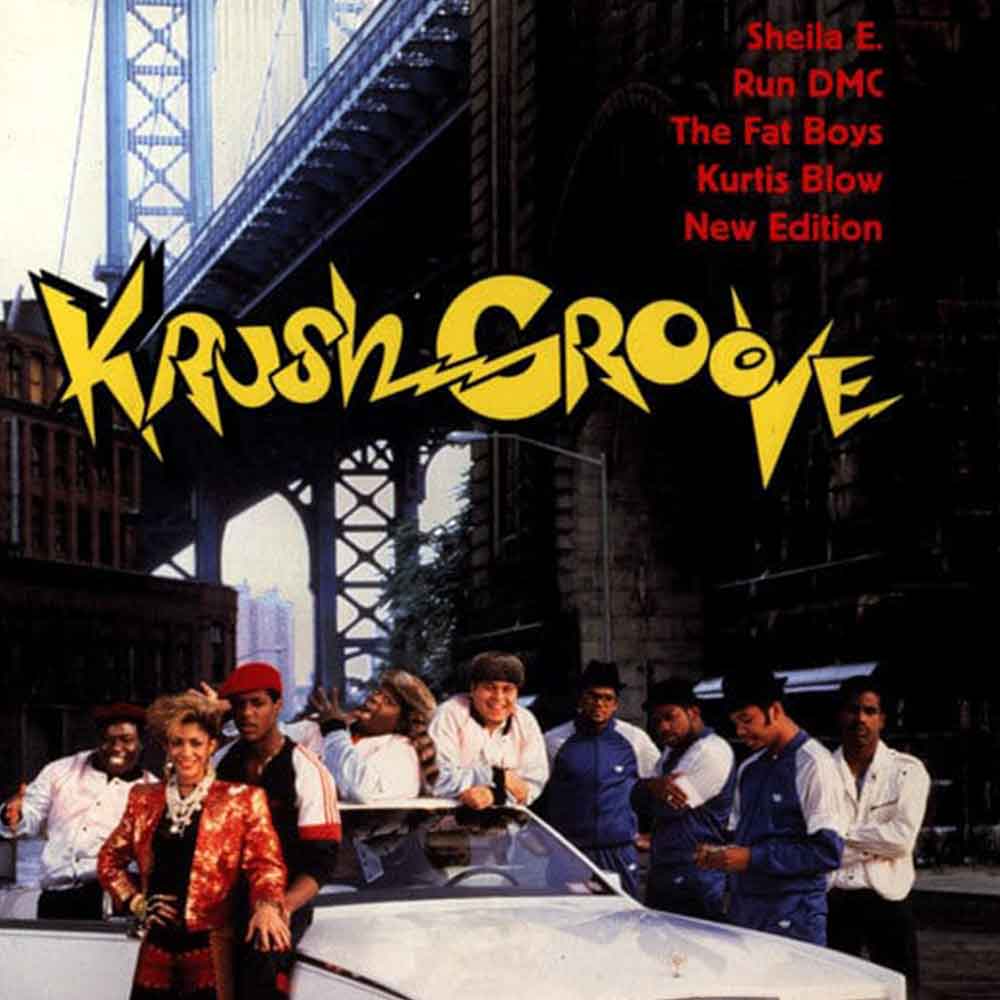 I never thought at an early age that hip-hop would have a footprint on my life. Never would I have thought that the evolution of hip-hop would be where it is today.  And most importantly, never did I think that Krush Groove would become one of my favorite movies of all time. I first watched this movie at the Standard Theater, on Prospect Avenue, in Downtown Cleveland, OH.  The theater was jammed-packed with young eager teenagers waiting to see what this movie Krush Groove was all about.  Silence started the movie and rapping and clapping intervened. By the time, the movie was over, I and the majority of all my peers were in awe.

This movie highlights the foundation and growth of hip-hop’s history with some of my favorite artists.  So, now the plot of the movie.  Russell Walker has signed some of the hottest rappers of the time to his record label Krush Groove:  Run D-M-C, Dr. Jackyll & Mr. Hyde, and Kurtis Blow.  When Run D-M-C makes a hit record and Russell does not have the money to press the albums; he borrows from a street hustler.  You see the game as it unfolds.  You have great music, you meet some celebrities for the first time on screen, and you see how some rap careers may or may not have begun.  Rick Rubin produces their records and shows how some became stars.

I can rewatch this movie repeatedly.  And to be truthful, I have watched this more than the digits on my hand and feet combined and enjoyed it every time.  The soundtrack was bumpin.’  And I still remember the scene where L.L. Cool J crashed the audition with his Carolina Blue Kangol hat, his radio, and backup; DJ and Hype man as he introduced us to “I can’t live without my radio.”

This was one of the many talents that showed and proved.

Another favorite and probably the top of them all was the showcase where Run D-M-C and Jam Master Jay were on stage.  It started with the scratch of Jam Master Jay which led to my hype-ness…and then….DMC put his arm out so that Run can look at his watch…and that is where it all started…the immortal words of Run… which by the way will go down in history…

And he yells at the top of his lungs… “Now DJ Run’s my name.
Then D-M-C chimes in “and Jam Master Jay is his.
Run jumps back in and points and say “He’s D-M-C.”
And they both let it be known that “It’s Like that and that’s the way it is…”

When I tell you.  I get hyped every time I hear this, it is a true understatement.  I am not for sure why this popped into my mind…but it just gave me another excuse, not that I need one to watch the movie again, but I want you to witness the intensity that courses through my body when I play and rewind this scene.

The movie gave us one hour and thirty-seven minutes of pure entertainment.  The movie made $11,052,713.  Within that time, we got a chance to see artists that I grew to love.  Below are a few songs that I grew to like from these artists.

Do you see some of your favorite artists in their prime?

Did you listen to any of these songs?

Do you listen to any of these artists today?

Krush Groove was a piece within my hip-hop puzzle, a patch in the quilt of my life.  Want to be nostalgic?   Check out this classic and let us know at WavWax.com via Twitter, Facebook, or Instagram your thoughts on this history.

On My Mind – Lola Brooke