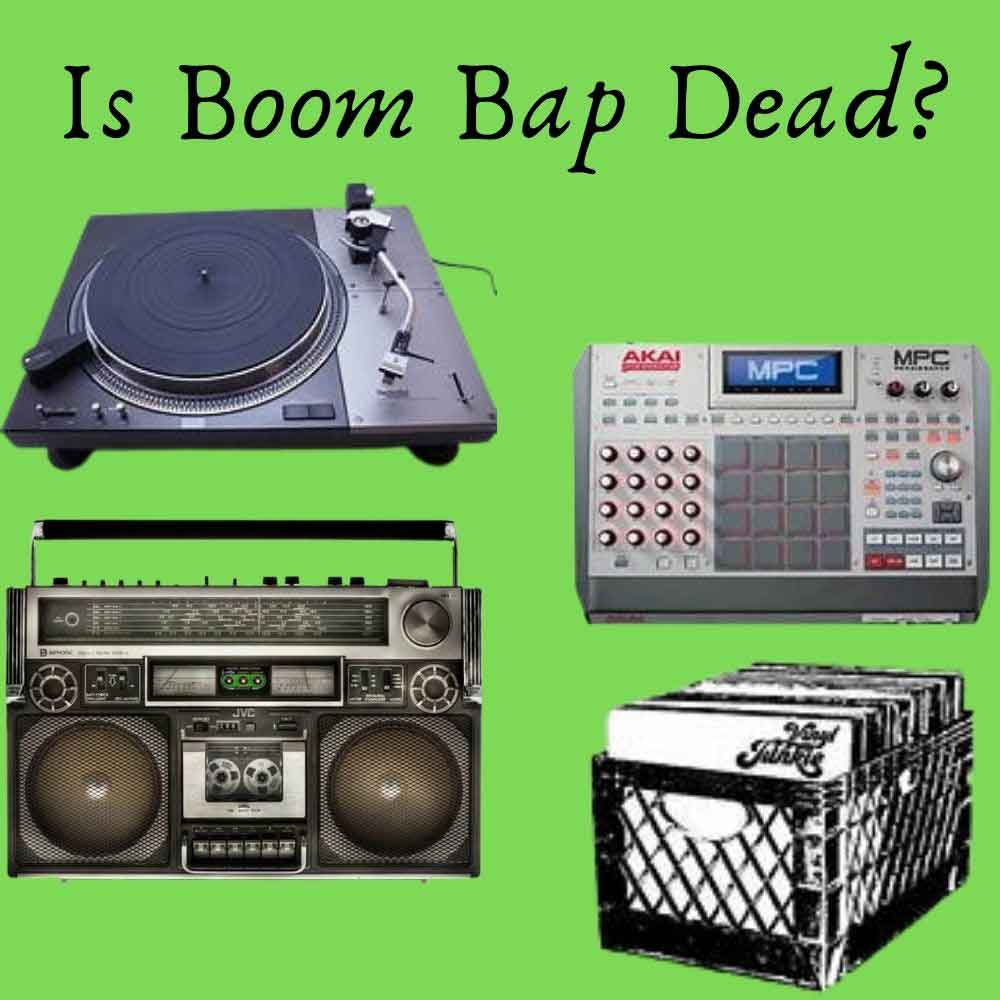 To answer that question, you must first understand what it is. I think I hear a lesson in hip hop coming on. Boom Bap is a subgenre and music production style with a distinctive beat pattern. Its seed was planted on the East Coast in the late 80s and 90s when Hip Hop was still getting its footing.

Now, this is where we go back to school.  The term “boom-bap” is an onomatopoeia.  It is a noun, and it means the formation of a word from a sound associated with what is named.  Can you hear it-Boom, Bap?  The ceremonious sounds of the kick and the snare of the drum are represented in the main drum loop on the downbeat.

Dig through the crates and pull out T La Rock’s “It’s Yours” and witness the onomatopoeic expression.

As hip-hop was watered by the various artists of this so-called passing fad, the progression of the crafted genre combined multiple techniques that give you the complex sounds of your favorite artist.

Some of your go-to hip hop artists who have incorporated boom-bap are NAS, KRS-One, Wu-Tang, and A Tribe Called Quest to name a few.  The Teacha Blast Master KRS One showed the world that the subgenre was not dead with the release of his albums Return of the Boom Bap which gave us songs like “Black Cop”, “Sound of da Police” and “Return of the Boom Bap” and self-titled KRS One blessed us with “Represent the Real Hip Hop” and “MC’s Act Like They Don’t Know”.”

The anticipatory beats of the Boom Bap were ever so present.  As the metamorphosis of hip hop’s culture transforms did we lose Boom Bap? My answer to the question is NO; Boom Bap is not dead, it is not lost.  There are artists who live for the culture and don’t want to see its subgenres die. With the study of hip hop’s history, Boom Bap is prominent.

Here is a list of MCs who still use this art form in their music; this list is not limited to the songs that I have listed:

Gang Starr – Step In The Arena

In my era, we lived for the downbeat, the mix, and the scratch of our favorite artist. The Boom Bap is a staple in hip hop. Its hard hits are therapeutic.

What are your favorite Hip Hop songs that incorporate the Boom Bap?

Are you a fan?

I would like to know your thoughts on this art form…until next time.