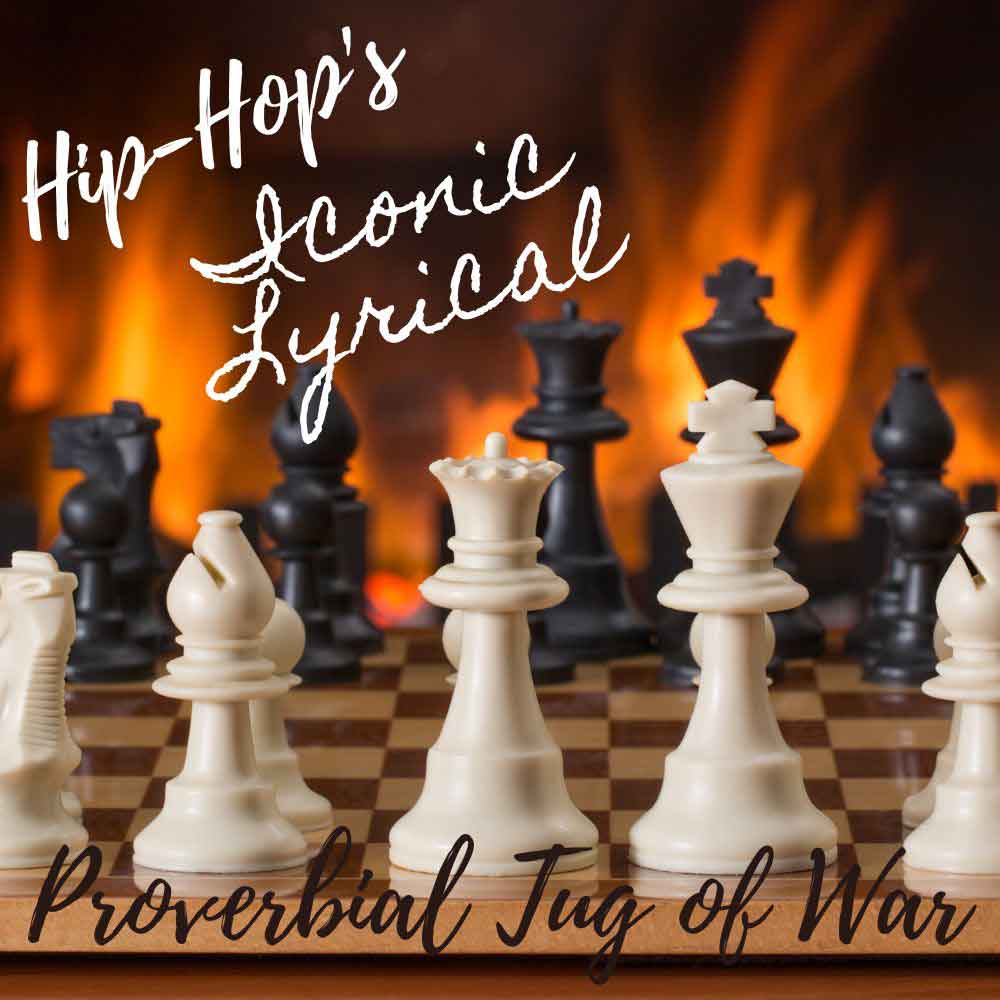 Im sure you have heard your fair share of diss tracks if you are a true hip-hop fan. And although I am truly and sincerely glad that this beef of sorts did not turn violent, it did however take real estate in my mind. I am not the consensus, I cannot say that I am the judge, nor the jury, and most definitely not the prosecutor, but what I can say, is that of ALL the lyrical boxing matches two stand in my top ten.

Yes, I can talk about the hip-hop classic Roxanne, Roxanne by UTFO, and their call out to the “fictional woman” who rejected their advances.
Which then was answered by the Juice Crew’s own Roxanne Shante with Roxanne’s Revenge.  Three words: Hip-Hop Classic and Iconic.
Were there others to attempt the answer?  Yes.  But in my opinion, no shade.  They couldn’t hold a candle.  And I am going to sit it right here.

There goes that girl they call Roxanne, she’s all stuck up

Why do you say that?

‘Cause she wouldn’t give a guy like me no rap…”

“Yo Kangol, I don’t think that you’re dense

But you went about the matter with no experience

You should know, she doesn’t need a guy like you

She needs a guy like me with a high IQ

And she’ll take to my rap, ‘cause my rap’s the best

So when I met her, I wasted no time

But stuck-up Roxanne paid me no mind…”

What?  Are you f**king kidding me?  No [dramatic pause] they were not…

Speaking of the Juice Crew, MC Shan with the help of DJ Marley Marl played a little game of tug of war with the Blast Master KRS One as they told the world about where they came from: “The Bridge”.  To this day when the opening cadence hits the airwaves, everything stops for me because I am ready to recite the intro to one of my all-time hip-hop jams:

We got MC Shan and Marley Marl in the house tonight

They just came from off tour

And then the hook hits…

What?  What did they say?  Okay, I am going to leave this one to sit right here as well.

The Teacha with the help of DJ Red Alert opened the classroom doors yet again, as a sequel or subtle but not so gentle reminder that if you didn’t hear the first lesson from the lyrics in South Bronx, we are going to inform you that anyone outside has nothing commin’

including the Juice Crew and the lesson is titled “The Bridge is Over”.  Now, when we talk about iconic hip-hop beats.  This is most definitely a Hall of Famer.  The hip-hop Boom Bap was evident.  And here we are again, looking back to see that class was in session.

KRS One opens “Hey, Yo Red, I am getting sick and tired of…”

…we come out with one jam explaining what time it is…

Then the verse hits

Down with the sound called BDP

If you want to join the crew, well, your must see me

You can’t sound like Shan or the one Marley

Because Shan and Marley Marl, dem a rhyming like they gay

Picking up the mic, man, dem don’t know what to say

Saying hip-hop started out in Queensbridge…

And from this point, I think you know the rest.  But if not, listen closely…

When I tell you, I can go on and on but I will again sit this on my imaginary table of all things Hayzel Greene.

The one match that sparked my fingers to typing was that back and forth of Jay Hova and Nasty Nas.  Now, can I talk about the not-so-nice banter of Hov coming for Nas talking about his baby Mama in multiple tracks:

“I came in your Bentley backseat (DAMN)

Skeeted in your Jeep (Woo)

Left condoms on your baby-seat (Woo)…”

”Since you infatuated with saying that gay sh*t

Is that your chick

After all this and that and tit for tat Nas told it when he said that those words didn’t hurt that at the end of the day:

“Let me make this clear Hova

You had my left overs

But that’s another subject homie…”

The true passion of it all. LOL!  It is almost waiting patiently for the school bell to ring at 3 o’clock and we all round the outside and watch and listen carefully to one of Hip-Hop’s Iconic Lyrical Proverbial Tug of Wars… Songs include “Got Ur Self A Gun,” “Destroy & Rebuild”, Made You Look”, “Bad Intentions”, and “Super Ugly” just to put some of them out there.  But the ones that I will refer to in this catalog of Hip-Hop’s history are the “Takeover” and “Ether”.

(Will) Tech you, the king, you know you

(Not) God’s Son across the belly

As you can tell, where my heart lies “Hip-Hop“. Don’t get me wrong, I rock with all these artists, but I just thought this needed to be mentioned.

Are there others?  Yes.  And in the words of KRS One “I think very deeply” and have a couple of honorable mentions that is not the end of all.

Are there more hip-hop diss tracks; absolutely.  Can I cover them all, No!

Please let us know of any that you would like to hear more on.