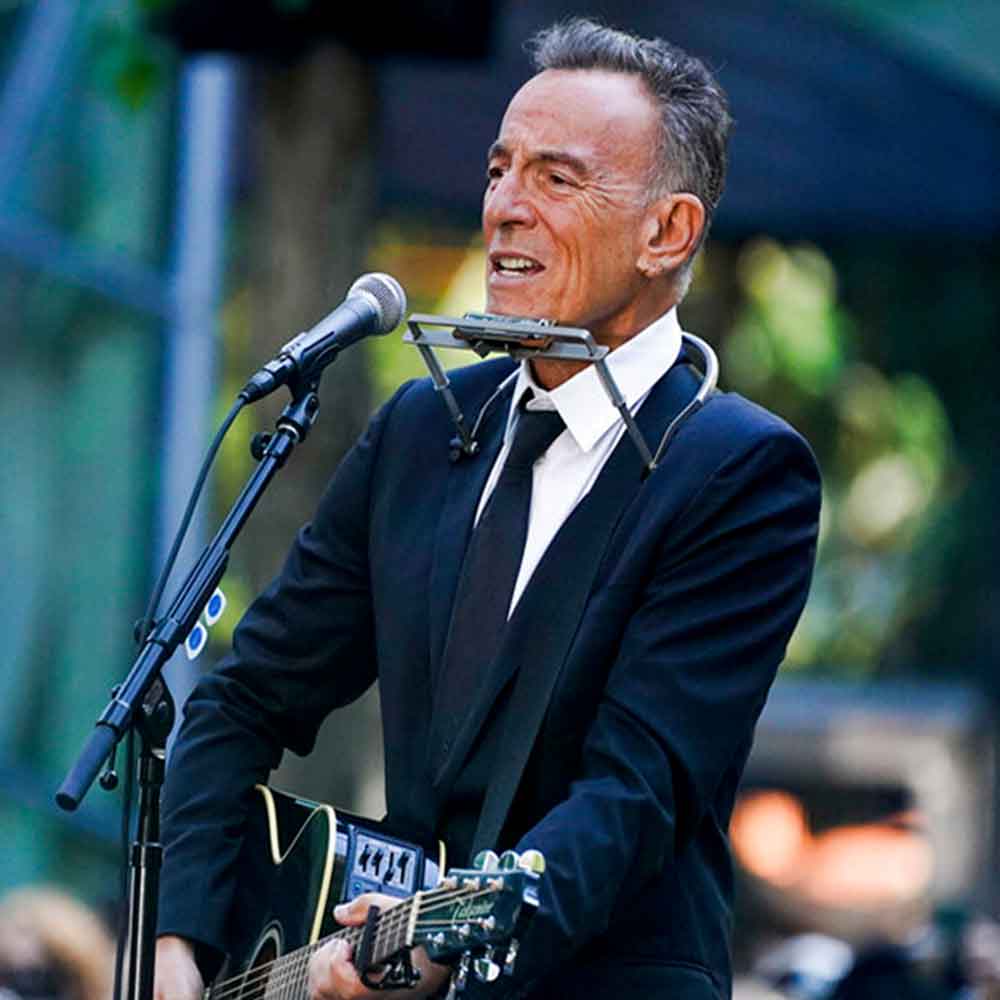 Bruce Springsteen performed an emotional acoustic version of his song “I’ll see you in my dreams”, in memory of the victims of 9/11.

The 71-year-old legend made an unannounced appearance at the World Trade Centre Memorial Plaza (NYC), during a commemorative ceremony that marked the 20th anniversary of the unfortunate terrorist attacks of 9/11, 2021.

Just before his performance, Springsteen said, “May God bless our fallen brothers and sisters, their families, their friends, and their loved ones. This is ‘I’ll See You in My Dreams”. Among the attendees were several dignitaries including president Joe Biden and former presidents Barack Obama and Bill Clinton. Also in attendance were family members of people who lost their lives on September 11th, 2001.

In line with the custom of prior years, the names of almost 3000 victims were read out by their family members. The day was filled with emotion and tears as many remembered the events of 20 years ago.

“Twenty years feels like an eternity, but it still feels like yesterday,” Lisa Reina said as she fought back tears. Unfortunately, Lisa’s husband lost his life in the attacks when she was 8 months pregnant.

George Bush, who was president when Al-Qaeda attacked the twin towers in 2001, gave a speech in Pennsylvania where he said, “The world was loud with carnage and sirens, and then quiet with missing voices that would never be heard again. It’s hard to describe the mix of feelings we experienced”.

Throughout the day, there were 6 moments of silence for the victims of 9/11, with the first one being at 8:46 am – the exact time the North tower was hit by the first plane.

Former President Barack Obama said that he and former first lady Michelle Obama will not only remember the tragic incidents of 9/11, but also the bravery and selflessness of those who put their lives on the line in an attempt to help. “It’s the firefighters running up the stairs as others were running down.

The passengers deciding to storm a cockpit, knowing it could be their final act. The volunteers showing up at recruiters’ offices across the country in the days that followed, willing to put their lives on the line,” the former President wrote.