After forming the New York-based group, Whodini, Fletcher, Jalil Hutchins, and Drew “Grandmaster Dee” Carter became forced to be reckoned with. Whodini signed with London-based independent record label Jive Records in 1982 and became one of the first hip hop groups to cultivate a high-profile national following for hip hop music. Although their 1996 album Six was their final album, their careers continued.

Over the years, all members have gone on tour and have had their music be sample sources for artists such as Nas and Master P. In 2018, Whodini was awarded the Hip-Hop Icon Award at the 3rd Black Music Honors ceremony held at the Tennessee Performing Arts Center.

Over the last few days, artists have shared memories and thoughts on Fletcher’s loss on social media. “One Love to Ecstasy of the Legendary #Whodini,” Questlove wrote on social media. “This man was legendary and a pivotal member of one of the most legendary groups in hip hop.

This is sad man.” Rapper and producer Jermaine Dupri also posted on his social media a video of him and the members of Whodini writing, “My God, this one hurts me so bad, I can’t even believe I’m posting this, Ex you know I love you thank you for every word, every conversation every good time, may your soul Rest In Power.” Other artists who have paid tribute to Fletcher include Dj Premier, A Tribe Called Quest member Q-Tip, and Arrested Development. 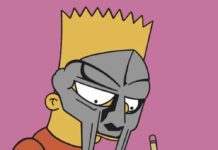