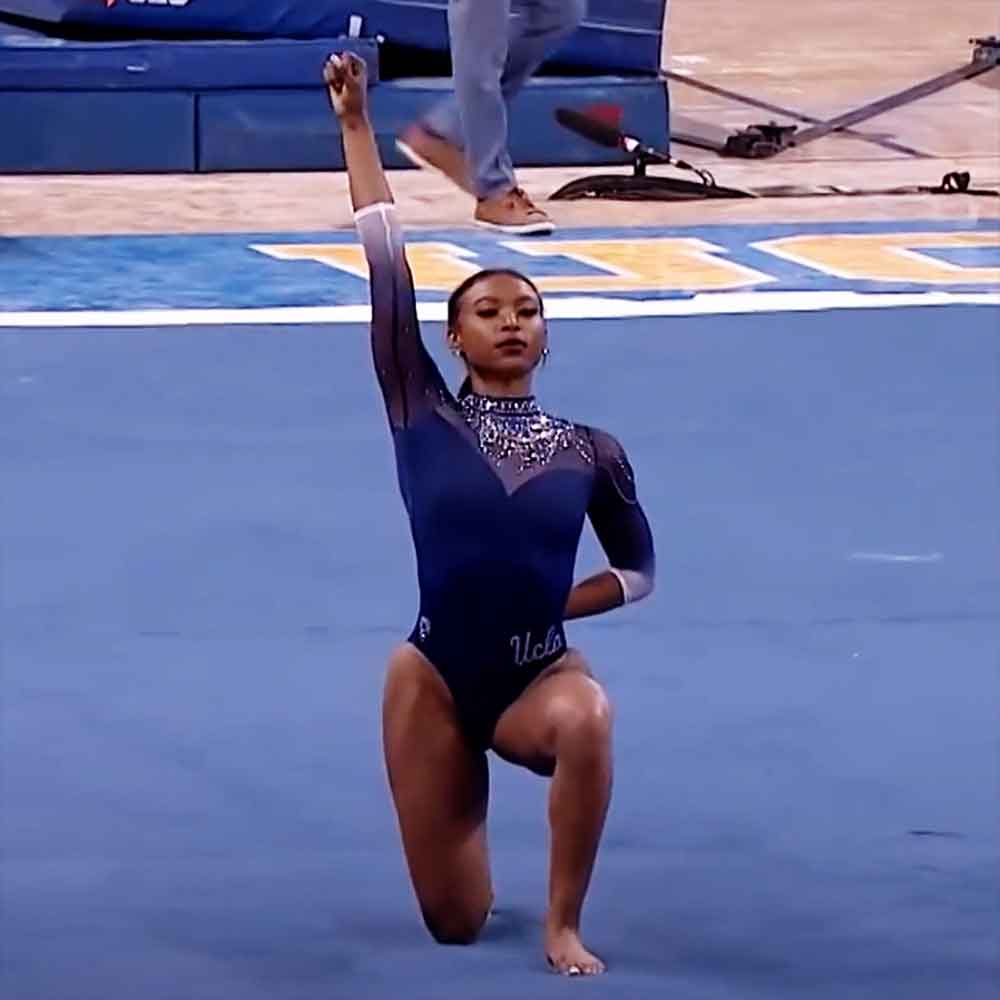 Just a few days after gymnast Nia Dennis performed an unstoppable floor routine, it went viral. As of now, the routine has almost two million views on YouTube alone. The best part? It is dedicated to Black culture. After making headlines for her Beyonce floor routine, Dennis used the latest one to represent who she is. The song choices were incredible, the choreography is outstanding, and her personality showed how much fun she was having. Now, what songs were included in this performance?

Hip-Hop artist Kendrick Lamar has made a name for himself in rap music for albums such as DAMN. and To Pimp a Butterfly. It should come as no surprise that this routine would include “HUMBLE.,” one of the rapper’s biggest hits. Based on this routine’s theme, this song’s opening was a great addition to her routine based on how any opening needs to be something that pumps anyone up. Lamar is known to be a powerhouse rapper, and his hit song “HUMBLE.” was his first number-one single in the United States as a lead artist.

Those who recognize this Missy Elliott have likely watched the movie Mean Girls too many times. Although this was a great addition to Dennis’s routine, it’s important to remember why this song was an important addition. Not only is Elliott one of the top-selling female hip hop artists in the United States, but she’s also all inspired artists such as Cardi B and Lizzo. However, if this song makes any of you want to watch Mean Girls again, there are no objections whatsoever.

Although Monica is not a rapper, she knows how to create a great collaborative hit. Featuring Dem Franchize Boyz, the singer created a song that suited perfectly for all artists involved. After already being a song to dance to easily, Nia Dennis also showed how it’s a song to do a gymnastics routine to. Not to mention she showed just how fun it is to dance in the video.

After this hit blew up on the internet, Soulja Boy Tell ‘Em became a household name. Although he’s been in the news lately for unfortunate reasons, one will never forget the hit that put him on the map. One reason this was included was likely due to the popularity this song got in a short period of time. The only sad part? Dennis did not do the entire dance that was invented from the song. However, considering this was a gymnastics routine, that was probably a good thing!

Girls in the Hood

Even though this a take on the Eazy-E hit “Boyz-n-the-Hood,” Megan Thee Stallion was good at being able to make the sample her own. Nia Dennis must’ve agreed to this. The female rapper this year has begun to make a name of herself and has been compared to the previously mentioned Missy Elliott. Although this song was a previous creation, the UCLA gymnast showed that it can still be danced to.

Men and women everywhere have to know the legendary Tupac “2Pac” Shakur. Artists and music industry officials everywhere still say that 2Pac was an inspiration to the rap community. During the famous East Coast–West Coast hip hop rivalry, 2Pac was one of the rappers who showed everyone why the West was the best. Although his sudden death in 1996 stunned fans and officials, his music and legacy live on. Not only has his hit “California Love” continued to play on the radio, but it has been able to be successfully added to a gymnastics routine. In a way, this song was a perfect routine conclusion.

Although Nia Dennis is a senior at the University of California, Los Angeles this year, her career in gymnastics has not dwindled yet! For more information, check out the UCLA gymnastics schedule here!