Home News Lil Nas X Strikes Again With Yet Another #1 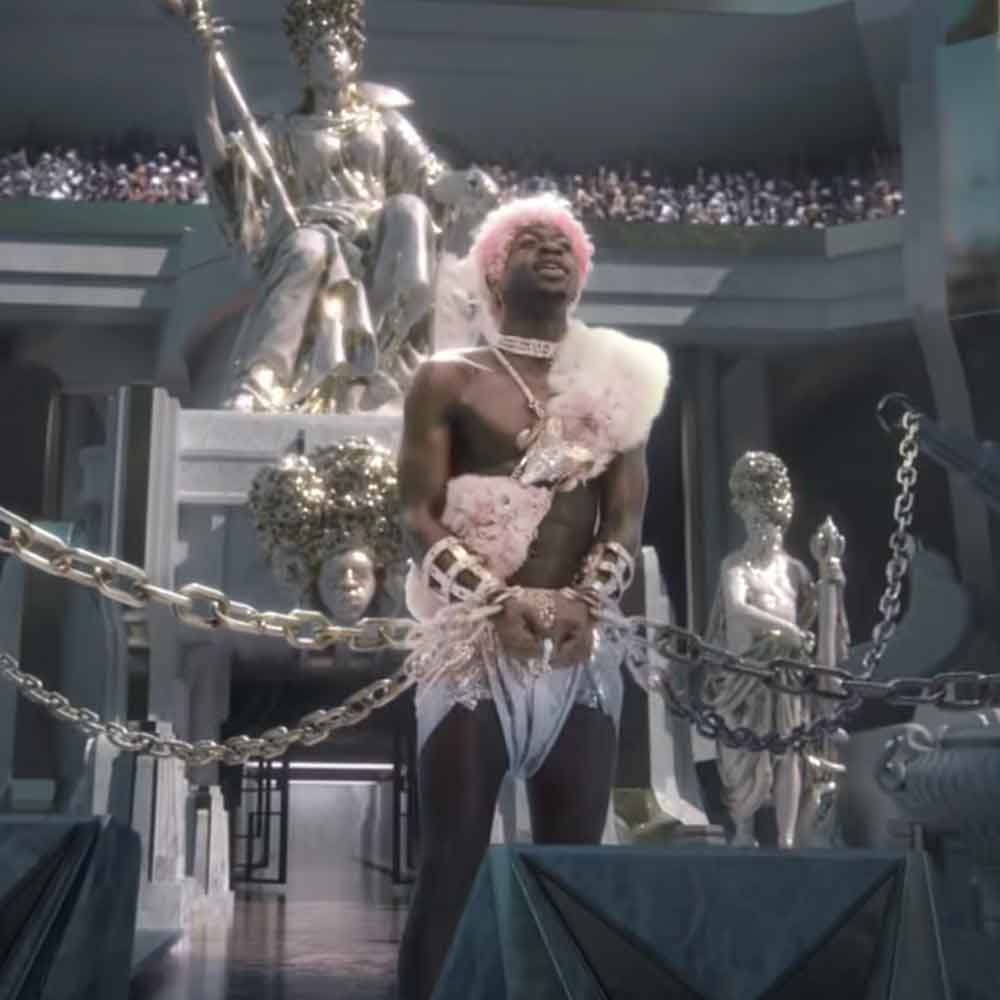 Lil Nas X Strikes Again With Yet Another #1 Montero (Call me by your name).

Lil Nas X told Entertainment Weekly that he was initially nervous about his controversial song Montero (Call me by your name), released at the end of March 2021. “At first I was really afraid of alienating any of my straight fans,” he said. “But then it was kind of like, if they feel offended, they were never really here for me. They were here for whatever version of myself they made up in their head”.

The artist came out on the 30th of June 2019, at a time when “Old Town Road” was still top of the charts, with a tweet that read, “Some of y’all already know, some of y’all don’t care, some of y’all not gone FWM no more. But before this month ends, I want y’all to listen closely to C7osure”. The tweet ends with a rainbow emoji – an emoji used to express LGBT identity and pride – seen as an attempt to provide clues as to how the song needs to be interpreted.

If the 2 year old tweet left any doubt in anyone’s mind about Lil Nas X ‘s sexual orientation, then his latest track “Montero (Call me by your name)” should put to rest any ambiguity.

Lil Nas X’s, real name Montero Lamar Hill, uses his first name as the song’s title, followed by the title of a movie – Call Me By Your Name – a film about a blossoming romance between a 17-year-old boy called Elio and a man hired by his father as a temporary assistant.

The track describes a sexually explicit relationship between Montero and another individual, detailing acts that may shock both his straight and gay fans.

The official video is colourful, and begins with a serpent slithering towards Lil Nas X , who is leaning against a tree bearing purple fruits; a clear reference to Adam & Eve and the “forbidden fruit” concept. The serpent becomes half human and half snake and begins a physical relationship with the musician.

Mid-way through the video, Lil Nas X is seen shackled by 4 chains in a colosseum-type arena and surrounded by an angry mob throwing stones at him – presumably a punishment for his “sinful” ways.

Finally, the video ends with the singer/rapper sliding down a pole and ending up in hell, where he comes face to face with Satan. But rather than be afraid, he proceeds to perform an explicit lap dance for the nemesis of “good” people.

When initially released, the song debuted at Number 1 globally; the second time the artist has had a popular hit song – the first being Old Town Road. In fact, Call Me By Your Name was so popular it topped the charts in Saudi Arabia, a country infamous for its intolerance towards the LGBT community and where the punishment for being gay is death.

From the song’s chart position across the globe, it is evident that Lil Nas had nothing to worry about and that coming out did nothing to put fans off his music. If anything, it’s refreshing to see a rapper smash the homophobic nature of hip hop into smithereens.

Good luck to the young artist. We look forward to hearing many more of your songs over the years.

Pray It Away – Chlöe