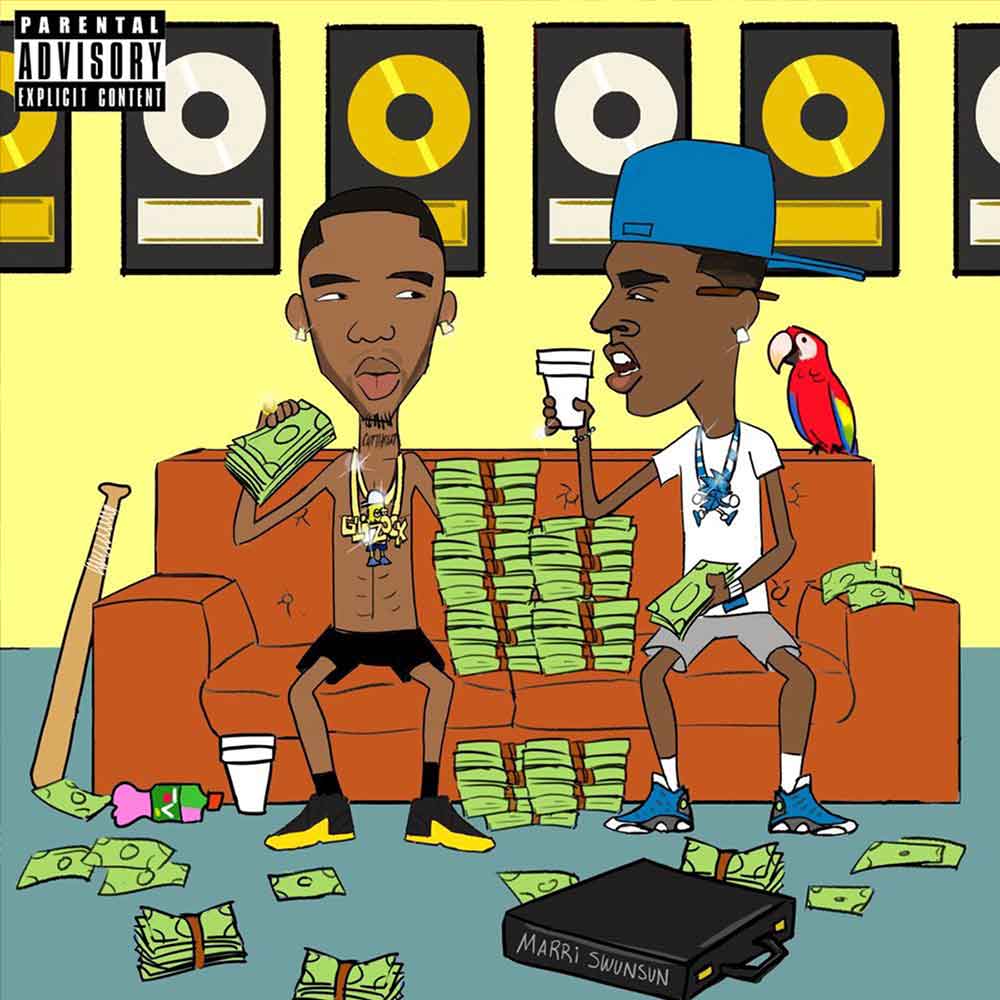 Memphis rappers Key Glock and Young Dolph have linked up once again to present their second joint project Dum & Dummer 2.

A new release last week, Dum & Dummer 2 is one of the most dopest trap albums to come out so far in 2021. These two dropped the predecessor to this project (Dum & Dummer) in 2019 and while it was very good, I believe they stepped it up with the latest release.

The intro track gives a great example of what’s in store over the next hour but the following two tracks are the only lighter ones on the album. While they were my least favourite, it was nice to have them back-to-back for anyone who enjoys that sound from Glock and Dolph and also so they get back to what they do best quickly.
From track four In GLOCK We Trust on, this album is nothing but bangers and extremely hard-hitting tracks. Key Glock and Young Dolph are the definition of what Memphis rap is today and they display exactly why on here, using their heavy voice over filthy instrumentals in the perfect way. I was surprised by how catchy a lot of the songs on here were as my issue with these two in the past has been lack of replay value for me, but this album has a lot of lines that can get stuck in your head and make you want to return.
Key Glock really stole the show on this one, most of my favourite tracks were his solo tracks as he showed all of his charisma on those tracks. Young Dolph held his own on this project undoubtedly but my biggest takeaway is Key Glock has yet to reach his potential. The energy he brought to every track on here was unbelievable and made it easy to tell who was rapping (as their voices can sound similar if you aren’t familiar with their work). Glock’s used that energy and charisma to produce some great hooks that will more than likely make this album age better than their first.
Standout tracks: Cheat Code, I Can Show You, RAIN RAIN, Nintendo, Move Around, A Goat & A Dolphin

This was one of the rare hour-long trap albums that held my attention and continued to impress me. After this, I am really looking forward to the next solo projects from both Key Glock and Young Dolph. However, Dolph has said this will be his last project and if it is, I’m excited to see what is in store for him next.

The World Is Yours To Take – Lil Baby