Two years ago, if you walked the streets and shouted out “I can’t breathe”, chances are that someone would be seriously concerned about you – maybe even call an ambulance. Afterall, being unable to breathe could mean one of many dangerous ailments, including a heart attack.

Try something similar today and most people would associate that, not just with ailments, but also a variety of phrases such as police brutality, racism, killer cops and of course, a name that meant nothing two years ago: George Floyd.

From musicians to politicians to presidents to visual artists; many are using a variety of platforms to address the issue of police brutality – songs, paintings, speeches, demonstrations, the list goes on.

One such musician is British artist Fraa 220. The unsigned talent, from Birmingham has released a single, aptly titled “I can’t Breathe” featuring rapper Killa Ace, a household name in his home country The Gambia.

The two-verse track focuses heavily on police brutality, with Fraa 220’s verse addressing the issues surrounding the murder of George Floyd, while the second verse by Killa Ace deals with more local beatings in The Gambia and ultimately, the death of those whom the beatings are meted out to.

Each rapper brings a different style to this track. Having lived in the U.S.A. for a big chunk of his childhood, Killa Ace spits in an American twang, while Fraa 220 brings a British sound to this song which is evident in his accent from the get-go.

To relay the quality of content within this short piece, here are some lines from each rapper that are certain to raise eyebrows:

“this is a great example of what racial abuse is,

you can call me Eazy E cuz I label it ruthless”

(an intellectual word-play that would make Eminem and Ludacris proud)

“Kebba Secka, another ghetto youth who was stabbed,

took the life of a bright kid, one of the coolest lads”.

With his youthful, boy-band good looks, coupled with the evident musical talent he possesses, I would not be surprised if Fraa 220 secures a record deal in the not-so-distant future.

“I Can’t Breathe” is available to download on all major music platforms such as Spotify, Amazon music, KKbox and more.

WavWax and the team would like to wish both Fraa 220 and the talented Killa Ace a long and successful musical career. The worlds watching!!! 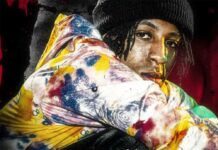 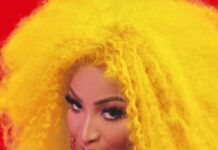