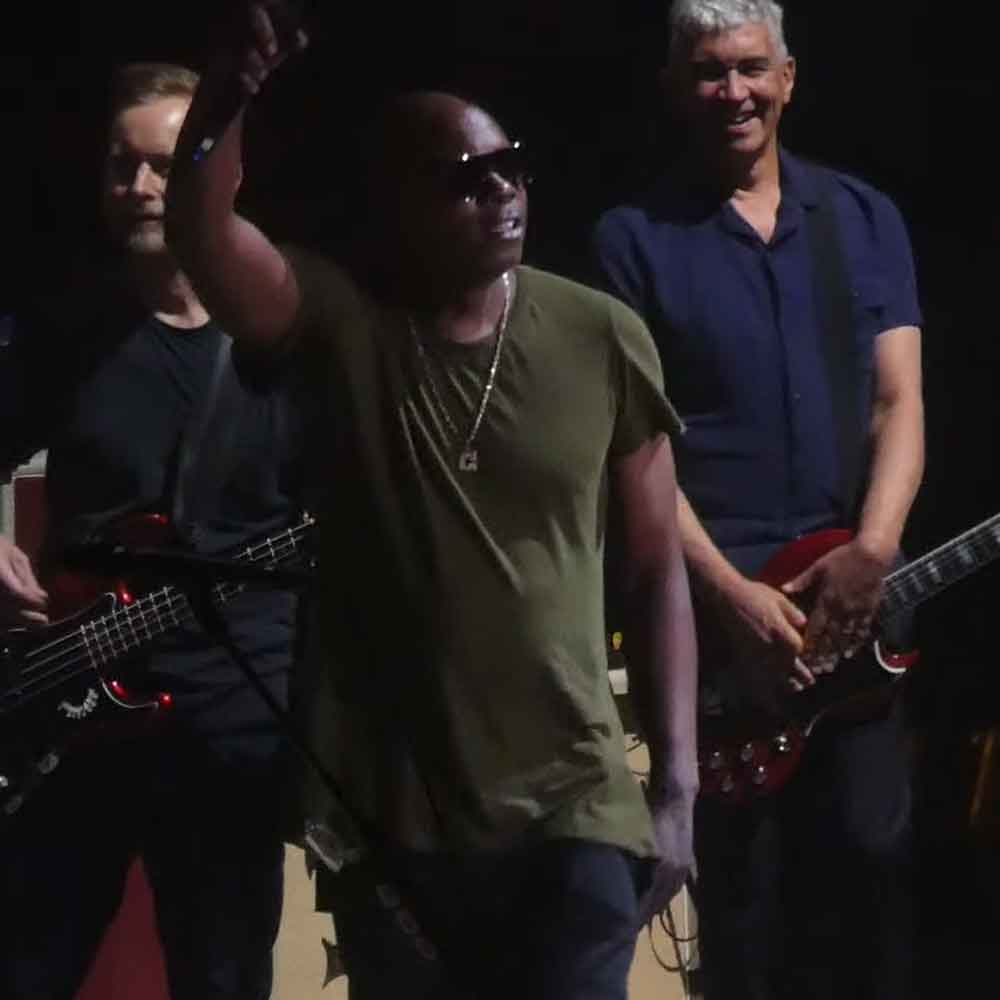 Comedian Dave Chappelle has joined the Foo Fighters at Madison Square Garden for a cover of Radiohead’s ‘Creep’.

The ‘All My Life’ hitmakers, who played at MSG on Sunday the 20th of June, marked the first full-capacity show in New York City since the beginning of the coronavirus pandemic.

Upon the introduction of Dave Chappelle by Dave Grohl (the founder of the Foo Fighters), the legendary stand-up comedian walks on stage sporting a plain green/lime T-shirt, jeans, and a pair of dark shades.

After walking back and forth on stage, clearly basking in the adulation of the roaring fans, the comedian gives the Foo Fighters’ frontman an embrace before bringing the mic closer to his mouth: “If you know the words, sing with me”, he tells the concertgoers.

It’s fair to say that the 2 Dave’s tore the place down (metaphorically speaking), with the Foo Fighters’ frontman on guitar and the stand-up comedian on lead vocals.

In an era of Covid 19 and the anxieties brought on by this deadly virus, concertgoers were required to be fully vaccinated before being allowed into the venue.

On the Foo Fighters’ official website, prior to the big event, the band said, “we’ve been waiting for this day for over a year. And Madison Square Garden is going to feel that HARD. New York get ready for a long ass night of screaming our heads off together to 26 years of Foos”.

This was not the first performance of “Creep” by Dave Chappelle. In 2016 Erykah Badu celebrated her 45th birthday at the Bomb Factory in Dallas, Texas.

Strangely enough, Chapelle was also wearing a green/lime-colored top; only a short sleeved one on that occasion.

Sunday’s performance was not the first time the Foo Fighters had worked with the icon of laughter. Last year, during a Q&A session with the Foo, Dave Grohl was asked what it was like working with Chappelle on SNL (Saturday Night Live) which was hosted by Chappelle on the 7th of November 2020:

“Being on SNL live with Dave Chappelle was the most fun I’ve ever had doing that show”, said Grohl. “He lives in Ohio, I was born in Ohio. He grew up in DC, I grew up in DC. We both love DC Go-Go music and he obviously is the most brilliant, funny, kind human being. We had a blast. It was a dream come true and the guy’s a bad-ass”.

The Foo Fighters are currently on tour until June 2022. Tickets can be purchased by clicking the tour dates section of their website.