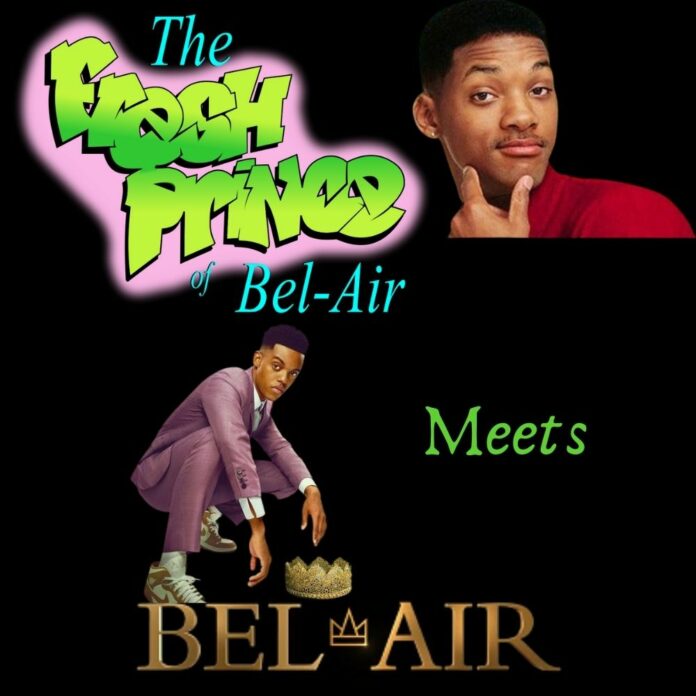 “Now, this is a story all about how
My life got flipped-turned upside down
And I’d like to take a minute
Just sit right there…”

For all my 80-90s babies, this was a staple in most households.  To see someone one that looks like us, acts like us, and talk like us on the main screen as a lead actor was unprecedented.  Originally aired on September 10, 1990 on NBC; I believe the Neilson ratings sky rocketed as many were tuned in to see what the new show starring Will Smith was going to be about.

Fresh Prince of Bel-Air was a series that stared the hip-hop artist Will Smith as a street-smart teenager who was born and raised in West Philadelphia, Pennsylvania.  Representing himself and his hood he got into some trouble and was shipped off to live with his wealthy aunt and uncle in Bel Air, California.  The show dealt with social issues and family life revolving around Will, his family the Banks which included Will’s Uncle Phil and Aunt Vivian (Viv); and their children, Will’s cousins, spoiled Hilary, pompous Carlton, impressionable Ashley and baby Nicky.  And don’t forget Geoffrey the butler.

Willard Carroll Smith II was born in West Philadelphia and started as a hip-hop artist known as ‘The Fresh Prince’.  Along with his DJ Jazzy Jeff, made up the group: Jazzy Jeff and the Fresh Prince.  So, before he became Mike Lowrey, King Richard, or Dr. Robert Neville, he rocked the mic.  He is the winner of 73 awards and received 186 nominations.  In his rap career he won:

Favorite Rap/Hip-Hop Album in 1992 for Homebase

Best Rap Performance by a Duo or Group for “Summertime”

Some of my favorites and not limited to:

For the last few years or so, a lot of earlier TV sitcoms have been remade for the newer generations in mind.  The Fresh Prince of Bel-Air was no exception.  In 2022 the show was remixed, remastered, rebooted, reimagined, and became remarkable.

The show brings not only a fresh look on the characters but also a deep dive into the world of the Banks’ and their family dynamics with and without Will’s presence.  The modern spin on the life of Bel-Air socialites.  I am extra excited to see how the show fairs in comparison.  I am in love with the fresh look and the added scenes used to describe the back story of some actions within the narrative.

Bel-Air is a dramatic retelling of the Fresh Prince of Bel-Air.   Look at the 2022 version verses the 1990 version.  Compare them now and then.  Bringing the characters to life are:

Watch Bel-Air on Peacock and let me know your thoughts.

Let me know if you think the new rendition of Bel-Air does the original any justice.