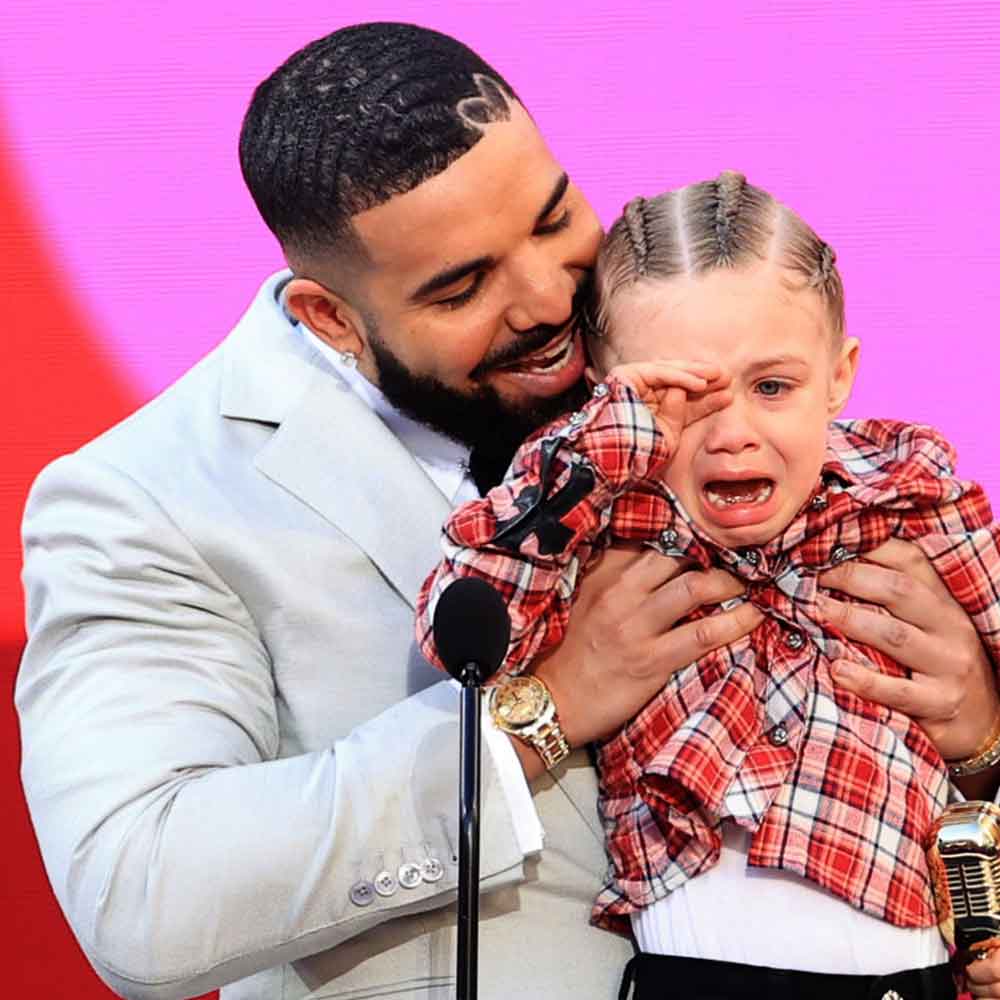 Drake, BTS, The Weeknd and many more at the Billboard Music Awards 2021

Drake has been honored as the artist of the decade at the Billboard Music Awards 2021.

In a short and suspenseful clip prior to coming up on stage, the artist’s achievements are highlighted by an unknown voice – “Nine number one albums”, the male voice projects. “6 number one songs, a record 232 songs in the Billboard Charts, 45 top ten chart positions – the most of any artist ever”, he continues. The accolades continue to be cited for another minute or so before his family members, chosen by Drake to present him with the award, call him up on stage.

Cool Adonis not on his “Worst Behaviour”

Drake then appears, hand in hand with his son, Adonis, who clearly is a surprise guest judging by the reaction of the crowd – especially the swooning female members of the audience. Almost as if to admit that the crowd’s roars were for Adonis, Drake picks up the award and hands it down to the little “man” who was wearing a chequered shirt and sporting a perfect head of corn/cane rows.

In his acceptance speech, Drake puts his success down to being unsure whether he has done a good job or not. “I’m really self-conscious about my music”, the rapper says. “Even if I do a good job, I always wonder how I could have done it better. It’s being so unsure of how you’re getting it done that you just kind of keep going in the hopes of figuring out the formula”.

At the end of his acceptance speech, Drake lifts Adonis up in the air and says, “I want to dedicate this award to you”. Clearly confused, the cute kid bursts into tears and clings to his father’s leg as they walk off stage. Very much the “awwww” moment of the Billboard Music Awards 2021.

The “Starboy” of the night

Scooping the most awards (10 in total), The Weeknd, whose real name is Abel Tesfaye, was clearly the highlight of the evening at the Billboards Music Awards. Among his arsenal of awards were Top Male Artist, Top R&B Artist and Top R&B Album to mention just a few. The 31-year-old Canadian is no stranger to winning awards and boasts a long list of accolades dating back from November 2012 to present day.

A “Dynamite” performance by BTS

On top of winning awards for Top Group, Top Song Sales Artist and Top Social Artist (voted by the fans), K-Pop group BTS also performed their new single “Butter”, proving once again they have what it takes to compete with the big players in the anglophone music market. Already primed to be a hit this summer, “Butter” is the band’s second song in English, after their summer 2020 hit “Dynamite”.