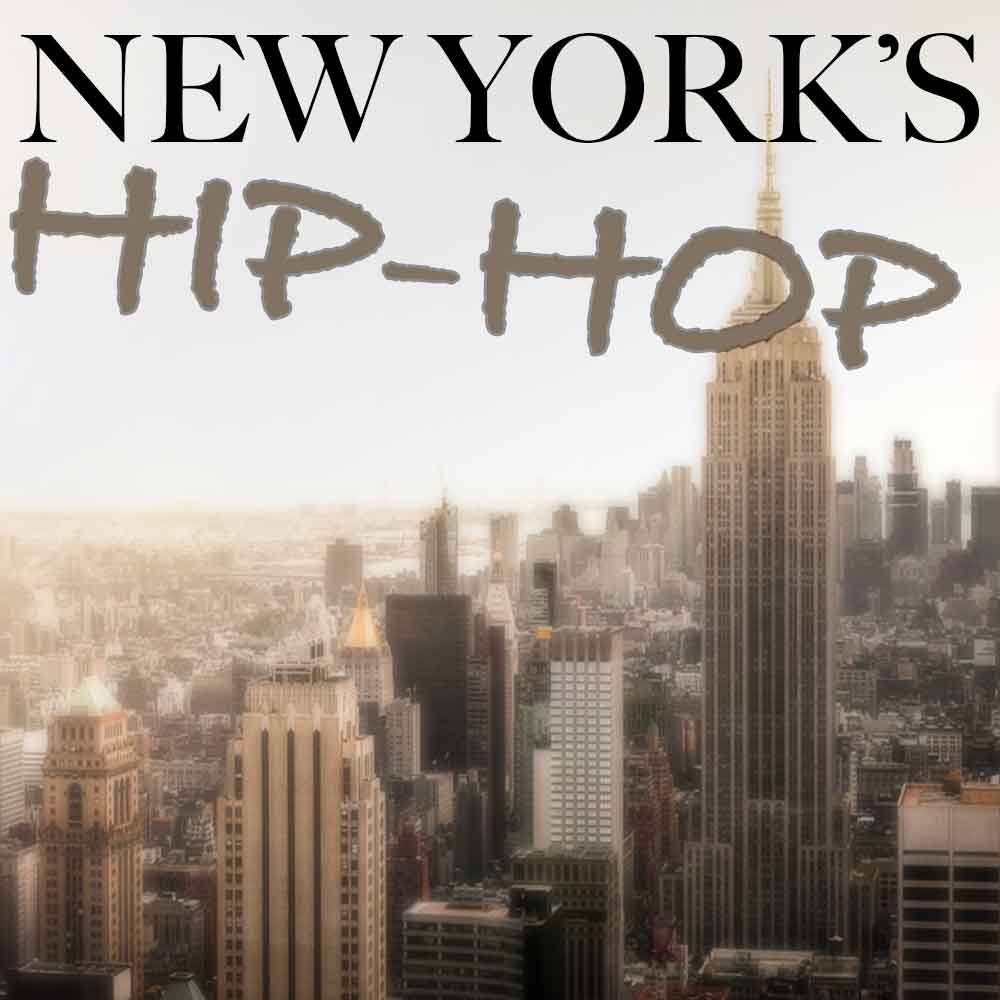 crew1
/kro͞o/
A group of people who work closely together.

Troop, mob, gang, and/or collective are some synonyms for the crew.  They can wreak havoc depending on the situation and carry a negative connotation.  However, with a positive spin, those same individuals could have you shook with the lyrical tactics of an MC.  They say that the pen is mightier than the sword.

I can agree, but don’t get it twisted, the tongue is just as crucial when an MC spits venom.  We call those bars, and if he/she can hold their own weight just imagine if they come equipped with an arsenal of equal talent if not greater.

One thing the above terminology has in common is strength in numbers.  Even if there is a weak link in the chain, the heavy hitters will prevail, and the crew will show up and show the fuck out.  How is this collective chosen?  Well, the collaboration can occur by happenstance or organically.  Or just maybe the calculation of key members was strategically placed knowing that they will serve us great music in our world called hip-hop.

Of course, we know all too well that these tight-knit factions unravel due to the struggle for dominance but that is another story at another time.  Today, I want to aim my focus on the 15 New York’s hip-hop crews stemming from the 80s to the 2000s that have made it to my life’s playlist and possibly some of yours. I am not saying that these are all but just a sample.

The below list is not in a particular order of relevance.  Buckle up and enjoy the ride down memory lane. First up to bat…

Some of our favorite rap individuals were once a part of a crew.  I have been itching to dig in the crates and talk about the Native Tongues.  I had so many thoughts as to how I would present them, but nothing allowed me to put this on your radar until today. 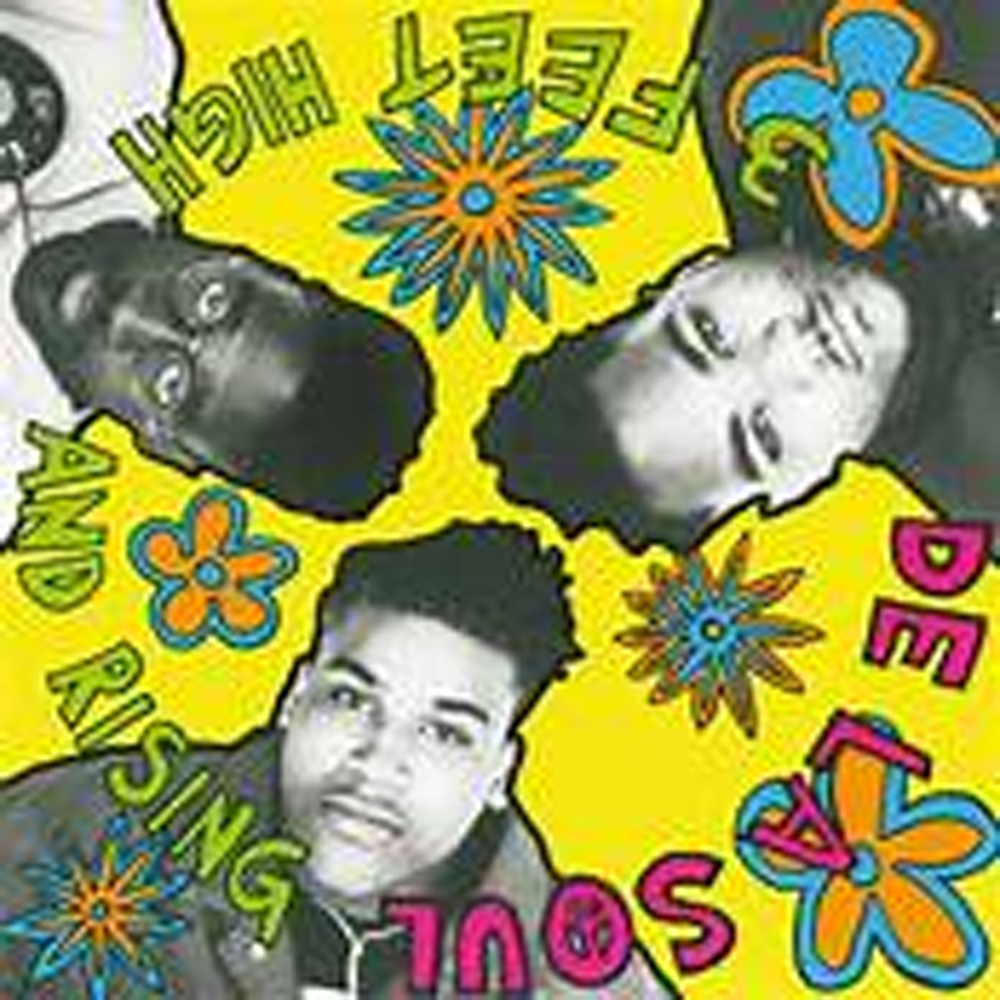 The founding members were Jungle Brothers and De La Soul, which formed the collective in 1988 and was a full fledge movement in 1989 when the other members started to enter the fold.  Although there was never a release of an album the most notable songs were “Buddy (Native Tongue Decision)”

Some of the members that you might hear or see today are Queen Latifah (Movie and T.V.); Monie Love (Radio); Mos Def (Videos and Movies); Busta Rhymes (Music and Videos); and Common (Music, Videos, and TV) to name a few.

Check out some of my favs:

Next on my list is the Clan.  Wu-Tang Clan that is.  So protect your neck because this group is showing you how it is done as a collective.  Founded by the RZA; the members of this group is…say it with me. “The RZA, the GZA, Old Dirty Bastard, Inspectah Deck, Raekwon the Chef, U-God, Ghostface, annnnnndddddd the Method.” Masta Killa and Cappadonna.

These 9 MCs are a force to be wreckin’ with. These brothers revolutionized and changed how we saw hip-hop.  1993’s debut album, Enter the Wu-Tang (36 Chambers), the Wu dominated the mid-’90s with landmark solo releases from Method Man (Tical), GZA (Liquid Swords), Ol’ Dirty Bastard (Return to the 36 Chambers: The Dirty Version), Raekwon (Only Built 4 Cuban Linx…), and Ghostface Killah (Ironman).

Having released eight studio albums as a group, with upwards of 100 studio albums between its core members and literally countless affiliates, the Wu-Tang Clan are responsible for one of the most memorable dynasties in rap and remain not to be fucked with.  The group is fire and I can’t tell you the most notable songs but here are a list of some of my favs:

Let’s continue with Bad Boy and their contribution to hip-hop.  With members of The Notorious B.I.G., Craig Mack, Ma$e, Diddy, the LOX, Lil’ Kim, Lil’ Cease, and Black Rob; P Diddy introduced the world to some flava for your ears.  See how I did that.  Craig Mack’s Flava In Ya Ear. Anyway, Bad Boy Records pushed its flagship artists’ solo joints simultaneously.

We all know the story about Bad Boy and its dynasty.  The highs and the lows, so I will spare you all of that.  Let me get back to the matter at hand.  Bad Boy as a group had some sure-fire hitters.  Although some of the members are not actively in the limelight there are some you can’t get enough of.

Because I don’t want to hit on the fall of Bad Boy let’s just celebrate the classics that have hit my list.  My list is comprised of:

Your list can not exist without the Ruff Ryders.  Holding strong were/are DMX, the LOX, Eve, Drag-On, Swizz Beatz, Fiend, Infa-Red, and Cross.  DMX led the line-up with his debut solo album, It’s Dark and Hell Is Hot followed by Flesh of My Flesh, and Blood of My Blood.  I am not going to give you an entire lesson, but DMX looked good as hell in a suit.  Let’s talk about Eve…being the first lady of the Ruff Ryders; she let her talents show on television.  But wait, have you heard her spit on Queens?  What?  She still holds a crown.

Songs I hold are:

GGGGG-Unit was formed by 50 Cent.  He rallied up his friends Tony Yayo and Lloyd Banks to start the foundation and added the southern lyrical style of Young Buck and West Coast snazz of The Game.

Hip-hop started out in the Bronx, and The Teacha and his lessons are still relevant to this day.  The Bronx’s Boogie Down Productions comprises of KRS-One, Scott La Rock, D-Nice, Willie D, Kenny Parker, Jamal-ski, Harmony, Ms. Melodie, and Scottie Morris.

In 1987 Criminal Monded hit the airwaves and blew a lot of people away.  That was our introduction to the Blast Master.  In 1988 BDP released By All Means Necessary replicating the positioning of Malcolm X’s infamous stance in the window holding a little summin’ summin’.  The entire album was fire.  The Boom Bap was raw. And the sociopolitical rhyme scheme was nothing less than remarkable.  With his team, we were hit was

Names were made when Shante released “Roxanne’s Revenge” the answer to UTFO’s “Roxanne Roxanne” and MC Shan’s “The Bridge” repping Queensbridge against the Boogie Down Bronx.  I am pretty sure that these names are on someone’s playlist because they are sure on mine.  But one thing that I must mention that the Symphony is one of hip-hop classics from a collective.

In my line up:

Let’s “Lean Back” and rock to the club anthem by Terror’s Squad’s Joe Crack.  The beginning of their reign, TS was lined with solely Latin Americans until the death of Big Pun in 1999 where they added on Castle Hill’s female lyrical bombshell, Remy Ma.

The torch has been passed.  The Juice Crew reppin’ Queensbridge in the 80’s has set the path for the newer generation of MCs that hold to heart that Queensbridge is their home.  QB’s Finest entails Nasty Nas, Mobb Deep, Capone-N-Noreaga, Tragedy Khadafi, and a few others.

In 1994 Nas’s debut, ‘Illmatic’ followed by Mobb Deep’s ‘The Infamous’ in 1995 and to add injury to insult Capone-N-Noreaga’s ‘The War Report’ in 1997, showed the world that QB was not playing.  The family was present at the cookout, and everyone showed up for the occasion.  This was no exception to the collective efforts of AZ, Foxy Brown, and Nature who formed the super group “The Firm”.  Hit after hit after hit.  Fire!

I am in love with the Boot Camp Clik.  I am going to leave that right here to marinate.  The Clik is spearheaded by Black Moon’s front man Buckshot.  Now, what makes this clik different than other I have and will mention is that this army is made up of other groups.  Not individual lyricist.  And we all know that strength most definitely comes in numbers.

Here we go: Black Moon, Smif-N-Wessun, Heltah Skeltah, and O.G.C. reppin Brownsville.  Classic, classic, classic.  The originality of the beats and lyrics.  You will have to see for yourself…and trust they will not disappoint.

Accounting for classic albums like Smif-N-Wessun’s Dah Shinin’, as well as multiple hit singles — most notably the Heltah Skeltah and O.G.C. collaboration “Leflaur Leflah Eshkoshka” — whereas other crews out of Brooklyn aspired to emulate mafioso themes, Boot Camp Clik were unapologetically Brooklyn, from their Timberland boots to their army fatigues and Polo rugby shirts.

I think everyone (age appropriate) knows who Dipset is and no, I am not referencing the Versus battle between Dipset and The Lox.  I am truly talking about the songs that hit airwaves in the early 2000s.  Outside the music arena, the members of the group have acting under their belts stemming from movies and reality TV.

I am not going to lie and say I knew who Rawkus was.  But what I can say is, I am a fan of their lineup.  Yep.  Mos Def and Talib Kweli (Black Star) are the bomb together.  Wait, bringing up the rear Pharoahe Monch… I can’t say no more.  Well, I can.

The music is like fine wine.  Once you have tasted the greatness, you will always revisit it.  One of my favorites is Simon Says (Get the f**k up)…Let me know your thoughts.

No introduction is needed.  I will not waste your time and tell you things that you already know.  The members of the R.O.C. are Jay-Z, Memphis Bleek, Beanie Sigel, Sauce Money, Amil, Da Ranjahz, Jaz-O

He is that pretty muthaf**ka’ representing the A$AP Mob with smash hits like Fashion Killa, F**kin’ Problems, and Peso heading the crew.  Followed up closely by A$AP Ferg’s Shabba, Work, and New Level; this millennial generation Always Strive And Prosper.

Brooklyn rapper Bobby Shmurda became an overnight celebrity after the music video for his single “Hot Ni**a” went viral.  I don’t know about you but I found myself doing the Shmoney Dance and talking about that “Hot Ni**a”.  The vibe was truly real.  With other members laying down their talents, GS9 could be a group to watch.  Members are Bobby Shmurda, Rowdy Rebel, Corey Finesse, Ty Real, Abillyon and Fetty Luciano.

Well, that will conclude the 15 New York groups that paved a way for a couple of decades.  The stock of New York’s hip-hop has bred MCs above and beyond spectacular.  The collaboration of these groups and the constant addition to the roster let it be known not to sleep on its talent.